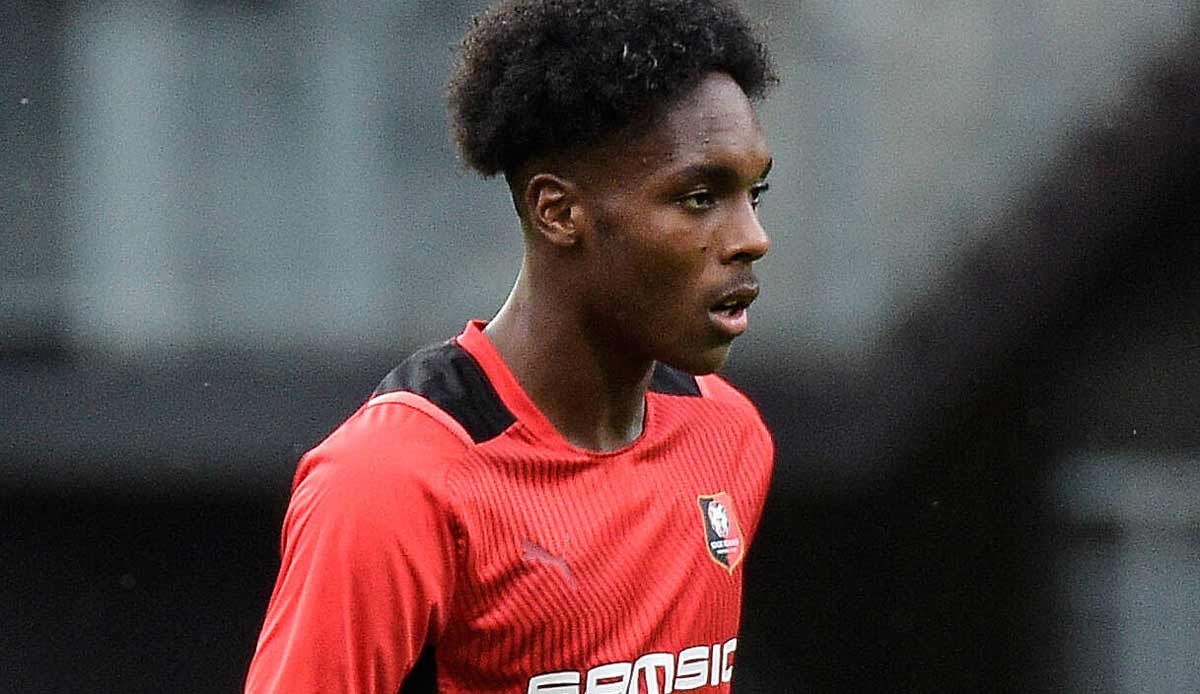 The Bavarians are keen on Mathy’s phone. The young Frenchman is regarded as highly talented – curiously enough he is still looking for his position. SPOX and GOAL introduce the attacker of Stade Rennes.

Between the rumors and news about all these established superstars and national players, a message about a young, unknown Frenchman and FCB popped up at the weekend: Munich are bidding for the young striker Mathys Tel from Stade Rennes. Mathy’s who?

The versatile attacker from Sarcelles near Paris is only 17 years old and is considered one of the greatest hopes for youngsters in France.

Various records pave Tel’s still short career path and an interest from FC Bayern makes perfect sense if you look at the teenager’s career and prospects.

According to information from SPOX and GOAL are the reports of RMC Sports and Le Parisien true about that interest. At the weekend, the Munich Rennes submitted an offer for Tel. Laut L’Equipe This is said to have been a transfer fee of seven million euros plus possible bonuses. The offer was perceived as “dubious” by those responsible for Rennes, they estimate the market value of their jewel significantly higher and plan to keep Tel.

Tel made his senior debut for Rennes in August 2021 when he was 16 years and 110 days old. He broke a record set by today’s Real star Eduardo Camavinga and became the youngest professional player in the club’s history. In general, there were only ten younger players in Ligue 1. Tel had previously appeared in the Youth League at the age of 15.

Tel paved his way to becoming the Rennes record player with hard work. He has always been regarded as an absolute model professional. After training for a while at France’s elite talent factory Clairefontaine, he ended up at Paris suburban club Montrouge in 2019 after stints at a few clubs. A club that is known for its excellent youth work.

The then 14-year-old Tel was scheduled for the U17s due to his striking talent. His coach at the time, Thomas Berlette, remembers SPOX and GOAL: “When I met him, we were in second place in the championship (U17 Nationals, editor’s note). I told him right away that I actually had no need for his position. He replied: ‘No problem. I’m going to work hard and prove myself.'”

Tel kept his promise. “A week later he was training with us,” Berlette recalls. “Others looked down on him a bit, he was younger after all. But he was incredibly eager. He wanted to develop and he wanted to learn.” Other young players even found him “too ambitious”, according to his former sponsor.

At that time Tel played even more defensively, in midfield and sometimes even in central defence. Berlette, who now works as an assistant coach in Reims, ordered the youngster significantly further forward: “My staff and I noticed this enormous ability in dribbling and speed. It would have been a shame not to use it. So we set it we put him on the offensive flanks.”

Tel quickly made a name for himself nationwide and attracted interest from Rennes, where he moved in 2020. He settled in quickly at the Breton youth academy, where, among others, the aforementioned Camavinga, Ousmane Dembele and Ismaila Sarr had been trained, and his professional debut last autumn came as no real surprise.

The next step in his career, whether it is in Rennes or in Munich, is also about finding a permanent position for Tel. At his club, he usually comes down the left flank, as a striker he shone in France’s U18s as a goal-getter. This was also the case last autumn at the well-known U18 youth tournament Lafarge Foot Avenir. He was named best player there, ahead of Barca star Gavi, who won the title with Spain.

Transfer to Bayern? Mathys Tel is under contract in Rennes until 2024

The 1.83 meter tall right-footed player is vaguely reminiscent of Thierry Henry in his style of play. France’s legend was more of an offensive free spirit when he was at his best as a striker.

The scout of a top European club said SPOX and GOALafter scrutinizing Tel several times: “I also found him strong in midfield. He made a lot of good runs in depth and showed off his technique. He is always looking for solutions in attack and wants to be a link to midfield I think he’ll be a top-class player. In what position? I don’t know.”

The junior national player has collected ten professional games so far. He’s still waiting for his first goal. With all his talent and all his hard work, he is still an absolute diamond in the rough who, despite good facilities and a strong attitude, still has room for improvement in many areas. In any case, it is difficult to imagine that he would immediately take on a prominent role in the star ensemble in Munich.

Tel’s contract in Rennes runs until 2024, he only signed it last October. At that time he spoke of an “emotional moment” and announced: “The most difficult part is still ahead of me. A lot has happened recently and I want to draw strength from it. I will continue to work as I do every day.”