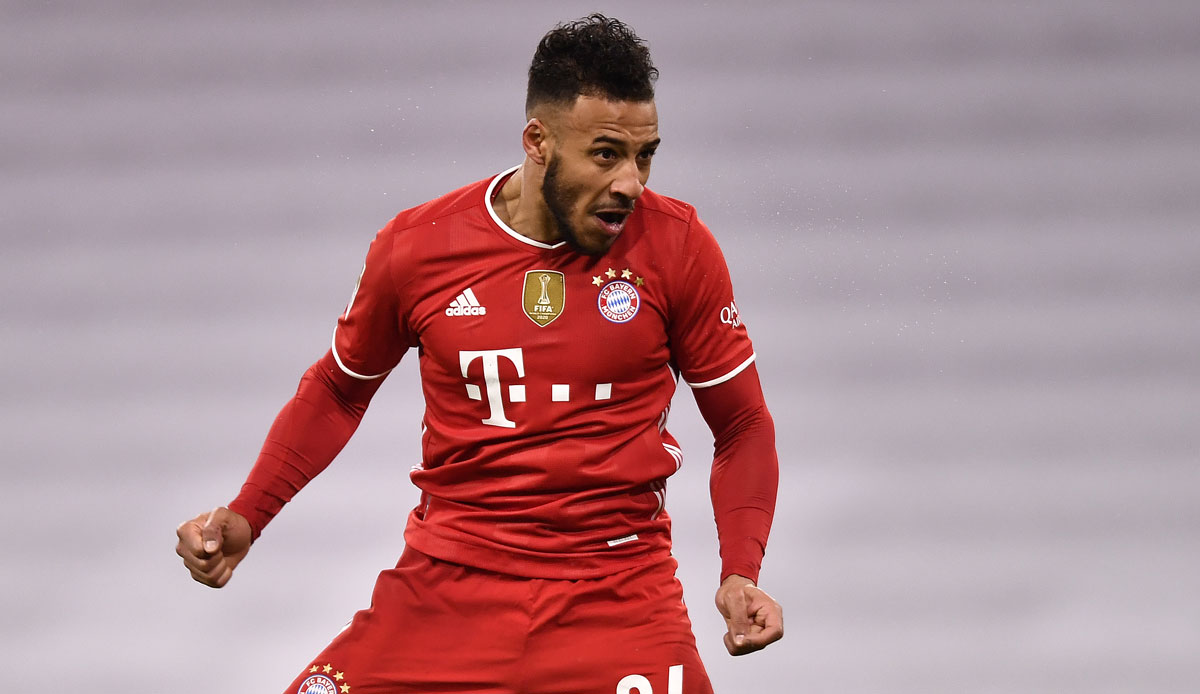 Hasan Salihamidzic denies the rumors about Corentin Tolisso. Bayern are strengthening themselves in the scouting area with a new addition from FC Chelsea. In addition: Niklas Süle has to break off training, Thomas Müller is meanwhile ailing. You can find all the news and rumors about FC Bayern Munich here.

Here you can find all Bayern news and rumors from the previous day.

According to media reports, Corentin Tolisso applies to those players at FC Bayern who can switch to a suitable offer and generate transfer income. Sports director Hasan Salihamidzic now countered those rumors and made a statement.

“Nobody called me,” said Salihamidzic in an interview with the Italian radio station Radio Kiss Kiss. Accordingly, the German record champions are planning with the Frenchman staying. “We hope he has a great season with us,” said the 44-year-old.

Tolisso, who was recently infected with Corona and thus missed important parts of the preparation for the season, has been linked to several top European clubs in recent weeks. Italy’s record champions Juventus are said to have shown interest in the French.

Sports picture had announced that FC Bayern would be ready to talk from a transfer fee of at least 20 million euros. In 2017, Munich had taken 41.5 million euros for the midfielder.

Pippi Kalle and Koan Neuer: When Bayern fans attack their own people

FC Bayern has restructured its scouting team on campus and made personnel changes. As the German record champions announced on Thursday, Florian Zahn will take over the position of team leader for squad planning and scouting in the FCB youth team.

“Florian has a lot of experience in spotting talent and is well networked regionally, nationally and in European football. Together with his team, he will do valuable work so that we get even more top talent and even more individual quality to develop on campus” said Holger Seitz, the sports director at the Bayern campus.

Zahn had worked as a scout for FC Bayern since January 2020 and had previously worked in similar positions for 1. FC Kaiserslautern (2013-2015) and FC Chelsea (2015-2019). In his new area of ​​activity, the 39-year-old will take care of the squad composition of the individual teams and form the interface between junior and professional scouting.

The Zahn team also includes two newcomers: Vito Leccese (32) and Gürkan Karahan (39). Leccese is moving from Chelsea to Munich, where he was employed as lead youth scout for three years. Karahan worked at Sky and was responsible for the tactical analysis of games in the Champions League. In addition to Leccese and Karahan, Dominik Beckenbauer, Sören Radsack and Fabian Lülsdorf form the scouting team on the Bayern campus.

The personnel worries at FC Bayern could increase: Defender Niklas Süle had to break off training on Thursday morning. As the picture reports, the 25-year-old went back to the locker room after just 13 minutes due to problems in his lower back.

The central defender, who only started training on Tuesday after his European Championship vacation, had previously only participated in the warm-up, the pain occurred on a fitness course.

Süle tried to solve the problems with light jogging and was in contact with physiotherapist Helmut Erhard, but there was no improvement. Nothing is currently known about an exact diagnosis and possible downtime of the central defender.

But Süle wasn’t the only headache for those responsible for Bavaria: Thomas Müller, who only played an individual unit and is actually on vacation until July 31, completed coordination and pass exercises with fitness boss Holger Broich. The national player touched the inside of the thigh several times. However, Müller was able to pull off his 45-minute program.

Before Müller, Serge Gnabry started training earlier than expected and even played a part in the defeat in the friendly against Borussia Mönchengladbach. Only the return of captain Manuel Neuer and Joshua Kimmich is still pending.

FC Bayern: arrivals and departures for the 2021/22 season