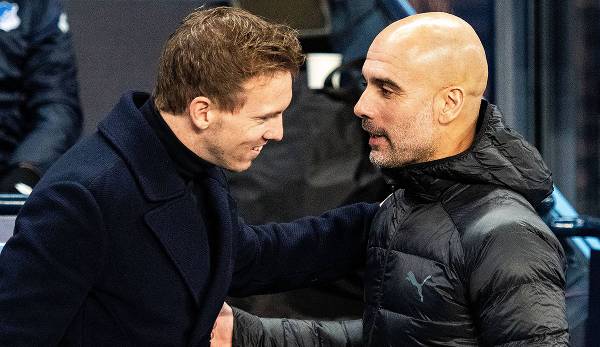 The weeks of discussions are finally over: Robert Lewandowski is moving to FC Barcelona for 45 million euros. The sale will hurt the people of Munich from a sporting point of view, but it is also the starting signal for a new era at FC Bayern – for Oliver Kahn and Hasan Salihamidzic. A comment.

There is no need to beat around the bush: Robert Lewandowski’s departure is a bitter loss for FC Bayern (375 games, 344 goals, 72 assists) and for the Bundesliga (384 games, 312 goals, 75 assists). One of the biggest, if not the biggest, star in history is leaving the league.

It would be surprising if FC Bayern didn’t feel the loss – there were simply too many goals and many appearances for that. Lewandowski was hardly ever injured, never tired and was always available. Julian Nagelsmann will miss this constant. And yet the sale fits the philosophy of the club.

FC Bayern has had many top strikers in its ranks over the past few decades and has almost always found the right time for a change – regardless of emotionalities. Whether Giovane Elber, Roy Makaay, Luca Toni, Miroslav Klose – they were popular with fans, superiors and colleagues, recognized and their departure was difficult, but it was necessary and the transition was successful every time.

Even if it is difficult to explain in the current situation because there is no direct successor, the sale of Lewandowski makes sense. Getting 45 million euros (and maybe even 50) for a player who turns 34 in a month, earns an estimated 25 million euros a year and would have gone on a free transfer in a year is no alternative. As with all Lewy predecessors, rationality triumphed over emotionality at FC Bayern.

No Lewy successor? Pep Guardiola did it

Certainly the difference this time is that Lewandowski has no direct successor in his position. Julian Nagelsmann calls it a “big challenge” to have to replace Lewandowski, but the Munich bosses have also acted consistently by not simply bringing in a striker of the same build, but by waiting until the overall package really fits.

Probably also with the certainty that the goals of the season can be achieved with the remaining offensive power and that you now have a whole season to get a capable center forward. Pep Guardiola showed Manchester City how to do it. After Sergio Agüero nobody at first, then Erling Haaland committed. So why not at FC Bayern? Especially since in Nagelsmann you have a coach who ticks like Guardiola and likes to break new ground.

Kahn and Salihamidzic: the beginning of an era of its own

These new ways would not have been possible years ago. In times when “football wasn’t mathematics” at FC Bayern and it was considered good manners for FC Bayern to play traditional systems. Now it’s a new time, a new leadership. A new courage to break old patterns and take appropriate steps, even if you end up acting against the tide.

This consistent action is important for Oliver Kahn and Hasan Salihamidzic in order to set their own scent brands. They are not continuing with what their predecessors Uli Hoeneß and Karl-Heinz Rummenigge once built, but are now creating “their” own FC Bayern. You have decisively changed the team image, sold the most important striker in the club’s history since Gerd Müller and thus also changed the statics (although maybe only for one season). They have started their own – their own – era with the upheaval, which could continue in further purchases.

That certainly also entails risks if, for example, Lewandowski’s absence becomes noticeable for a longer period of time. Then you will remind Oliver Kahn of his “Basta”, which was actually a price tag right from the start. With the now accumulated 50 million euros, this basta has also served its purpose. Is it a risk? Yes it is, but you can’t start a revolution without risk. There is no main prize without risk.

Even if the results still have to be confirmed, the new Bayern leadership emerged as the winner of the transfer summer. They convinced the supervisory board, which still has memories and connections from the old days, to invest and invest money to change FC Bayern’s team image after the difficult years of the pandemic. And they were then also successful in the implementation.

In that sense, there are only winners. This also applies to Lewandowski, who can now look forward to a four-year contract with FC Barcelona instead of two years at Bayern. He is guaranteed to earn at least twice as much there. It is doubtful whether he will achieve as much there, but that will not be so important to the Pole at this stage of his career.

The fact that he left a few broken hearts at the end of his eight-year success story won’t matter too much to him either. Lewandowski never loved FC Bayern, he didn’t love Borussia Dortmund either, and he won’t love FC Barcelona either. For him, these clubs are the right environment at the right time to achieve his own goals. He always repaid with excellence, not love. That’s legitimate, also because he never pretended it was different. He didn’t kiss the jersey, didn’t point to the coat of arms, didn’t name his children after Munich or Dortmund. He showed his appreciation with goals. He acted rationally rather than emotionally. Like FC Bayern now. And that’s fine in both cases.