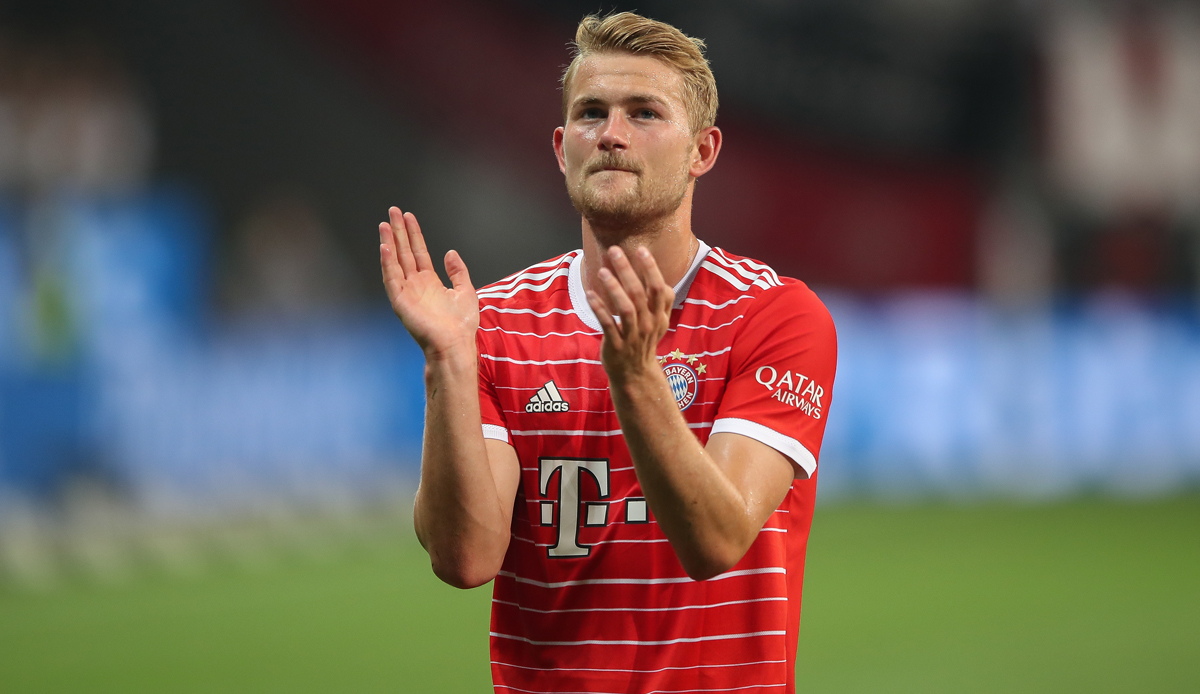 New signing Matthijs de Ligt already feels at home a few weeks after moving to FC Bayern Munich and wants to be part of the club in the long term. The Dutchman is already looking for a house for this purpose, which should also be taken as a sign that he is not planning to say goodbye any time soon.

“It’s important to have a house and I don’t have one yet. We had found one but then it turned out it wouldn’t be available for another two years. But I don’t want to just have a house to buy a house It has to be the place where we will feel comfortable in the years to come,” he said in an interview with telegraph and added unequivocally: “Yes, I’m making it clear that I want to play at Bayern Munich for a long time. Otherwise I wouldn’t have signed for five years. In my career at the moment it’s just the perfect step.”

De Ligt had switched from Juventus to Bayern for almost 70 million euros and is expected to become the new chief of defense. Negotiations with the Italian record champions dragged on for weeks. “The biggest question was whether the clubs would be able to reach an agreement. Corona made financial cuts, Bayern had already bought three players and Juventus saw me as a mainstay that they didn’t want to sell just like that. Luckily the clubs finally came to an agreement,” reports the 23-year-old.

Matthijs de Ligt: Bayern Bankplatz is currently not a problem

In the previous two competitive games for Munich, however, the Dutchman only found himself on the bench, both in the Supercup at RB Leipzig and at the start of the Bundesliga at Eintracht Frankfurt, de Ligt came on late. But according to his own statement, he is not worried.

“It fits into the plan we’ve set out to do,” he said. “The coaches have told me that they want me to train first so that I bring what is expected of a defender at Bayern Munich. With the World Cup, the games are coming at a crazy pace and it’s going to be a long season . I just have to get and stay super fit,” said de Ligt.

The Netherlands international has already experienced a lot at a young age and leads a life that many only dream of. But sometimes he doesn’t realize how privileged he is as a footballer, as he admits. “Sometimes it’s hard for me to enjoy that because you’re constantly training, improving, watching your diet, sleeping a lot and early and playing games,” says de Ligt: “It’s difficult to get out of this bubble for a moment to come out and see what I have and what I’ve achieved. Enjoying the moment is difficult but very important.”