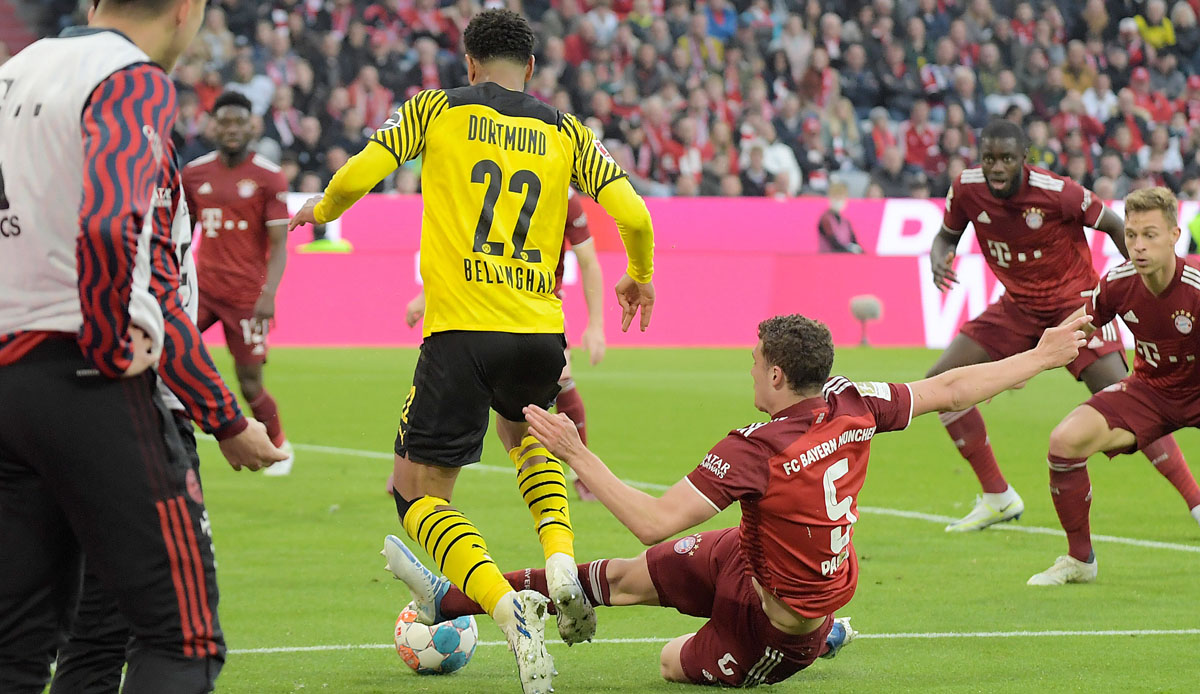 Referee Daniel Siebert conceded two wrong decisions the day after FC Bayern Munich’s 3-1 win against Borussia Dortmund on the 31st match day of the Bundesliga and explained his position.

To the table football said Siebert about the excitement in the 59th minute, when he refused BVB a penalty after Benjamin Pavard tried to tackle Jude Bellingham in the penalty area, now: “In the running duel between Pavard and Bellingham, Pavard starts to tackle with his right leg to slide the ball off his foot. This first attempt fails, Pavard does not play the ball, instead his leg is an obstacle in Bellingham’s path. Technically, it is a chance bring and therefore a foul. The fact that Pavard touches the ball shortly afterwards, is irrelevant”. Siebert’s judgment a day late: “Penalty would have been the right decision.”

But why did Siebert let the game continue on Saturday when the score was 2-1 for FC Bayern? “On the field, Pavard covered my view of the decisive contact in the foot area with his tackle,” explains the referee table football

As a referee, he can only decide on a penalty if he clearly perceives a punishable contact, he explains.

Why the VAR did not save Siebert from this wrong decision remains open. Finally, Siebert also concedes that “in the camera shot ‘back gate up’ Pavard’s criminal contact with Bellingham is clearly recognizable”.

BVB coach Marco Rose had on Saturday sky responded to the decision with sarcasm. “I think there are a few people who could have looked at it, but that’s nothing new for us,” Rose said, adding: “Then I have to say: hats off!”

Even with a controversial decision ten minutes earlier, Siebert made the wrong decision. After a tough duel between Pavard and Julian Brandt, Siebert let him continue, although Brandt held his sore ankle after the Bayern defender stepped in.

According to the TV pictures, Siebert says about the scene: “That was the biggest mistake in this game and I’m very annoyed about my assessment of this scene. Brandt rushes towards the Munich goal at high speed and Pavard plays from the side and behind in a controlled manner Struggles to play the ball, but it only hits Brandt’s ankle, so it was a clear foul that should have been punished with a yellow card.”

On Saturday he had a wrong perception and thought due to his position on the pitch. Pavard played the ball.