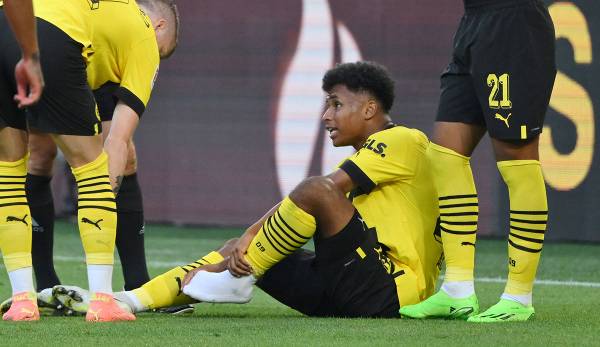 BVB newcomer Nico Schlotterbeck raved about his first home game in front of the Dortmund fans. There is news from the injured Karim Adeyemi, sports director Sebastian Kehl also announces a timely transfer. And: A criminal complaint was filed against Nico Schulz.

BVB, News: Schlotterbeck on the first home game in front of Dortmund fans

Borussia Dortmund started the new Bundesliga season with a narrow 1-0 win over Bayer Leverkusen. New signing Nico Schlotterbeck then spoke about his first game in front of a full house with over 81,000 spectators. “I’ve been looking forward to this game in front of the yellow wall for a long time,” said the 22-year-old international. “It felt like I wanted it to – and to finish it with a win is all the better.”

Schlotterbeck defended 90 minutes in central defense alongside veteran Mats Hummels. “We put pressure on us in the first half, but things got a bit shaky in the second. But you have to say: Leverkusen are a really good team,” was his conclusion. “They played well and made life difficult for us. We almost only defended in the second half.”

BVB, News: This is how Adeyemi is doing after his injury

Another new signing from Dortmund was in Karim Adeyemi in the starting XI against Leverkusen. Adeyemi was instrumental in Marco Reus’ early goal, but had to be substituted after just 23 minutes after injuring his left ankle in a duel with Piero Hincapie.

“I’m doing better and I hope it’s nothing dramatic,” the national player gave the cautious all-clear on the BVB website. Sports director Sebastian Kehl also joined in after the game sky said optimistically: “It’s the front foot, it’s swollen. We have to do a diagnosis tomorrow and hope it’s not that bad.” Expert Lothar Matthäus added that he had spoken to Adeyemi and he had been told that it was a capsule injury.

Regarding the game itself, Adeyemi said: “It was a real fight today, it wasn’t that easy in terms of play because Leverkusen defended well. That’s not what we want. We want to have more possession of the ball and play more dominantly.”

Nico Schulz from runner-up Borussia Dortmund is threatened with legal trouble. An ex-girlfriend has filed a criminal complaint against the 29-year-old for domestic violence. The set WhatsApp messages that the picture on sunday are available and should come from Schulz and his ex-girlfriend, close.

Dortmund prosecutor Sonja Frodermann confirmed this SID late Saturday evening. “There was a house search and storage media were secured,” the lawyer said.

There is more information here.

Sports director Sebastian Kehl announced another transfer after the 1-0 win against Leverkusen. “I think promptly. We are on the right track. We will have clarity in the next few days,” explained Kehl am skymicrophone and added: “What we do will fit.”

All the background to the upcoming transfer can be found here.

BVB, News: Suspicious vehicle in front of the BVB stadium

A suspicious car at Signal-Iduna-Park caused a lot of excitement during the Bundesliga game between Borussia Dortmund and Bayer Leverkusen (1-0). On Saturday at around 6.40 p.m. the police noticed a vehicle with the engine running in a nearby parking lot. According to a statement from the authorities late in the evening, “two empty holsters for firearms” were found in the interior.

You can read what the police later said about the case here.

A fan of Borussia Dortmund has on the crowdfunding platform Start Next called on the fans of the Bundesliga and BVB to collect money for a change from Cristiano Ronaldo to the black and yellow. The target sum is 40 million euros.

BVB, game plan: The upcoming opponents of the next few weeks