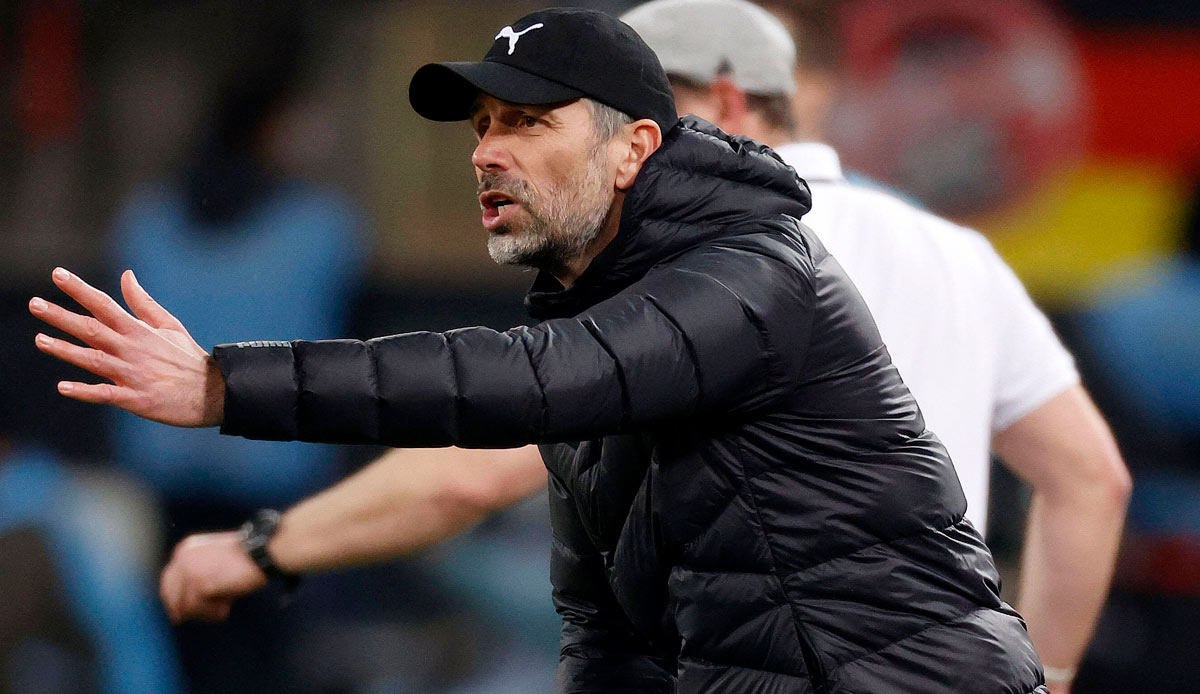 In the first half, BVB didn’t play well against 1. FC Köln for long stretches, the opponent was too dominant. A change by Dortmund coach Marco Rose at half-time changed that.

“I just said how shitty you are,” said Steffen Baumgart after his Effzeh’s 1-1 draw against BVB coach Marco Rose, who joined the interview with a little delay DAZN arrived. A little teasing among friends. In truth, “Baumi” had previously praised his buddy “Rosi” – for his change at halftime.

There Rose had switched from a chain of four to a chain of three, brought in Mats Hummels for Felix Passlack. The fact that the latter complained about muscular problems quickly made the rounds. on SPOX-Inquiry Rose confirmed the injury – but also said: “The change was planned anyway.”

No wonder, since BVB had been faced with the same pattern time and again before the change of sides: a cross from Cologne from the outside, mostly from the left, in the direction of the two central offensive towers Anthony Modeste and Sebastian Andersson.

It was the two who combined to equalize shortly before the break. “We couldn’t close the wings, they were very active in the game. One cross came after the other,” Rose summed up after the game DAZN-Microphone. Reason enough to change your own game.

BVB grades: Haaland not yet the old man – two are particularly disappointing

BVB: The idea for the change did not come from Rose

And so Hummels took over as the central link in the back three, flanked by Emre Can and Manuel Akanji. The industrious Marius Wolf, known as an all-rounder, acted from then on as a right rail player. “We switched to a back three because we put more pressure on the crossers and we can defend three strong headers against the two strong headers,” Akanji explained the idea behind it afterwards.

However, this did not come from the coach himself. Rose later revealed: “We discussed it on the bench, the assistant coaches gave good input and we implemented that during the break.”

As a result, BVB stabilized noticeably and kept getting into dangerous transition situations by winning the ball. The offensive forces mostly frittered away these carelessly, but the changeover at half-time was fruitful.

The figures also show that the change to the back three was “not a bad move” (Marc Uth). Instead of the 14 crosses from free play like in the first half, FC only hit five in the second half. The Cologne team didn’t get a shot on goal at all after the change of sides. “In the second half we had very good access to the game,” Rose said with satisfaction.

BVB: The gap to Bayern is growing – Rose is not dissatisfied

In the second half, BVB was much closer to the opening goal than Cologne, even if after two narrow 1-0 wins against Bielefeld and Mainz it was not enough for the three this time. “In the end we just don’t score,” Akanji summed up.

They are now six points ahead of Bayern, nine points clear of pursuers Bayer Leverkusen. After the international break, the home game against RB Leipzig is coming up. “Full house in Dortmund,” said Rose, emphasizing that they wanted to “get the most out of the season”.

Also thanks to capable assistant coaches at his side.