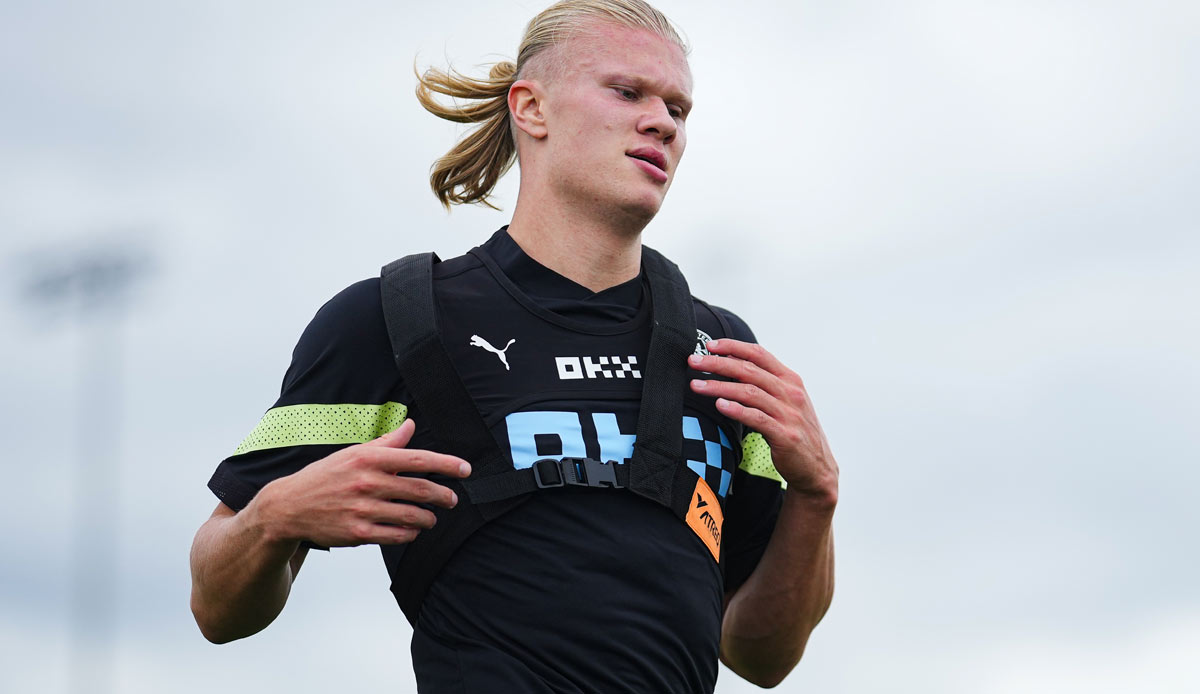 “I think it will be a bit more physical, with a higher pace,” said the Norwegian in an interview with The Athletic: “It’s a very physical league and it’s going to be tough. But my body is ready – and a good duel is always nice.”

In the first big conversation since the transfer that England striker legend Alan Shearer had with the 22-year-old for the US news portal, Haaland says that he is preparing for “a bit of pain” – but that’s a good thing.

Above all, it is important that he quickly adapts to the style of play of his new team, with which he will start the new season on Sunday (5:30 p.m.): “It depends a lot on the chemistry. I was in Dortmund for two and a half years, I was there I then knew the players very well. Here, too, the timing has to be perfect, and it will also come at a top level.”

When asked whether he could match his goal quota in Dortmund (62 goals in 67 league games) and at RB Salzburg (17 in 16) at ManCity, Haaland reacted cautiously. “I can’t talk too much about that,” he said. “I have to talk as little as possible and leave that to others. For me, it’s about settling in and delivering as quickly as possible.”

With the move to England, a dream came true for the Leeds-born son of former Premier League pro Alf-Inge Haaland. “I’ve always watched the league. Every game experiences its own story. There are so many games, different atmospheres,” said Haaland: “I’ve watched my whole life, now I’m finally there – and I’m really looking forward to it. “