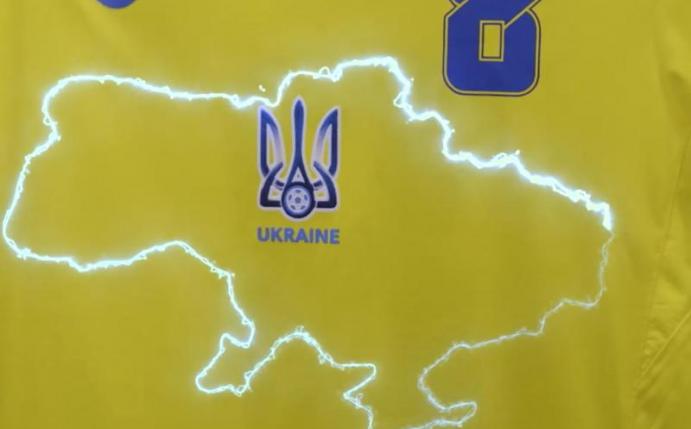 The Ukrainian Football Association has obliged the country’s clubs to put a controversial nationalist greeting on the players’ jerseys.
The slogan “Glory to Ukraine! – Honor the hero!” should be applied to the front of the players’ shirts, wrote the online portal “Ukrajinska Pravda”, referring to the association’s new rules for the 2021/22 season. The regulation applies to games of the first Premjer Liha and in the cup.

The original slogan on the back and in the collar was also criticized.

The slogan has been the official greeting from the Ukrainian army and police for three years. Historically, it was popularized by Ukrainian nationalists from the 1930s onwards. Because of their collaboration with the German occupiers during the Second World War, their participation in the Holocaust and because of ethnic cleansing in western Ukraine with tens of thousands of deaths by nationalist partisans, the greeting was outlawed for a long time.